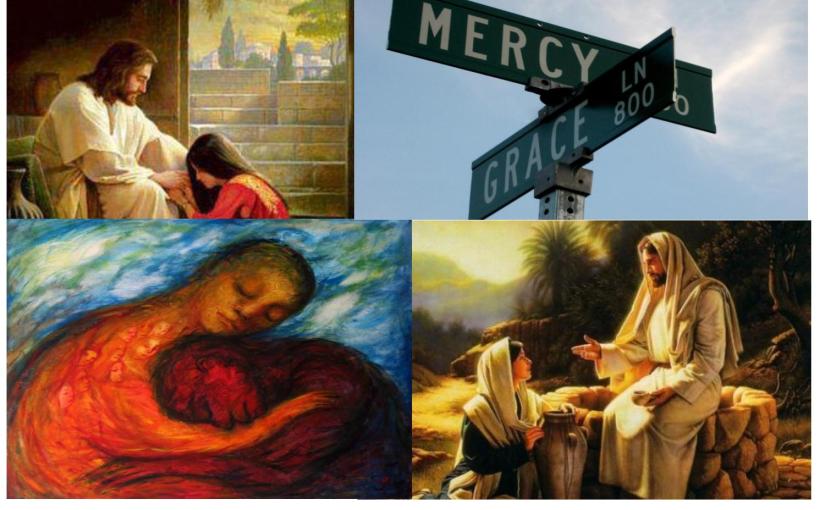 I never tire of pondering Luke 15:1–32. The story keeps feeding and challenging my spirit, both at the same time.

The opening verses of this chapter in Luke’s Gospel are telling: tax collectors and sinners “come near to listen to him.” Pharisees and scribes are griping and grumbling that “he eats with sinners.” So in response to this griping, Jesus tells parables. First, a couple of short ones, about a lost sheep and a lost coin, then the “pièce de résistance,” the biggest part of the fifteenth chapter.

This parable is so well-known that we risk being numb to its shock-effects still today. Re-contextualizing and deep pondering is needed to restore those shock-effects. The story is situated in a society where everyone had a fixed place in the social and cultural class structures. Inheritance was extremely important. It was governed by a legal code and maintained by strict rules. The father’s role was to protect both the family honour and the inheritance. The inheritance could be divided prior to the father’s death, but in that case it was the sons’ duty to set aside adequate funds to take care of the father in his old age.

The story opens with the outrageous conduct of the younger son, demanding his share ahead of schedule. Once he gets it, he takes off for the “good life.” We learn of his progressive degradation and the famine. To avoid starvation, he takes a job caring for pigs, an occupation considered an apostasy in the Jewish religion. Eating pork was forbidden, let alone looking after pigs about to be slaughtered. You can’t stoop much lower on the social ladder.

The poverty of the son is described as a desperate lack of food. Now nourishment in this society was the mother’s responsibility. But …. no mother in the story. Maybe that was his problem – no mom. He is hungry and recalls how well-fed the servants are in his father’s house. And so comes the thought, “I’ll go back, and I won’t even ask to be a son anymore. If I can be one of the hired hands, I’ll have something to eat.”

So he trudges back in his rags, smelling to high heaven of pigs. He has jeopardized the family’s economic standing and put his father at risk by squandering that part of the inheritance intended for his father’s caring in old age. So besides gross ingratitude, the younger son added the sin of injustice. It cannot get much worse.

What about Dad in the meantime? One eye on the road at all time, he spots the son from afar.

Overwhelmed with joy, he dashes out, and acts in ways most unbecoming a father in this patriarchal culture – he runs, he hugs and he kisses! This is a father who is outrageously excessive/prodigal in the disregard of his own honour, the inheritance, and the patriarchal standards, and acts more like a smothering mother.

When the son confesses his sin, the father doesn’t even listen. No time for confessions, no need for penance. Instead he calls for the best robe – probably one of his own. He orders the servants – quick, put sandals on his feet, a symbol of full restoration of honour in the family. Not the slightest questioning of sincerity. The father calls for the fatted calf, and the music and dancing begin.

Jesus could have easily ended there. But the elder son now appears. He has faithfully served his father on the land and worked diligently for his share of the inheritance. His brother’s disappearance put the elder son’s own share in jeopardy because now he has to provide for his father’s old age entirely out of his own resources. So he has good reason to be resentful towards his younger brother whom he disowns. Instead of brother, the elder son spitefully refers to the vagabond as “that son of yours.”

Moreover, by refusing to join the party, the elder son violates the fourth commandment – honour your father and mother. When his father graciously invites him to come, the elder son berates the old man, “you have rewarded this son of yours who has not only wasted his share of the family fortune, but by living with prostitutes has risked the family blood line.” Using offensive language, the elder son dishonours both his father and brother, thus breaking the legal code as much as the younger son did.

Instead of chiding the elder son for his disrespect, the father affirms, “You are with me always. Everything I have is yours.” The elder son too is a recipient of the father’s foolish and generous forgiveness. Just as the younger son is received back, so the elder son, who broke the fourth commandment, is restored to favour. The father thus disregards the offences of both sons. Disinterested in the immorality of the younger son and in the self-righteousness of the elder, the father puts aside his personal honour and the legal code.

From this parable it would seem that the “kingdom of God” is not primarily concerned with human-made standards and norms, according to which the father acts like a very bad father. However, he turns out to be a very good mother — just let the boy come home! Clearly this father unites in himself the qualities of both father and mother.

Jesus’ passion for inclusion, especially in Luke’s Gospel, always trumps concern for worthiness. He eats with sinners without setting any prior moral conditions. His disciples forever tried to keep supposedly unworthy people away from him. Jesus, however, didn’t want that kind of protection. I can’t help but see images of the security people trying hard to protect Pope Francis while he keeps lunging towards the crowds! Jesus’ call still resounds today: Let them come, all of them! As Ron Rolheiser gleans from this parable, God forgives the missteps of our immaturity (the younger son) as well as the bitterness and resentment within our maturity (the elder son).

The father’s ultimate concern is to unite his two sons, bringing them together in love. Both are guilty of serious offences, both are forgiven. The prodigal father in this parable, like God, communicates unconditional love to his two sons so that they in turn may show mercy to each other. God’s heart is wide, abundant, prodigal, and universally-embracing – that’s the shocking message the religious leaders of Jesus’ day could not stomach and so they crucified him. How about us – can we handle that?