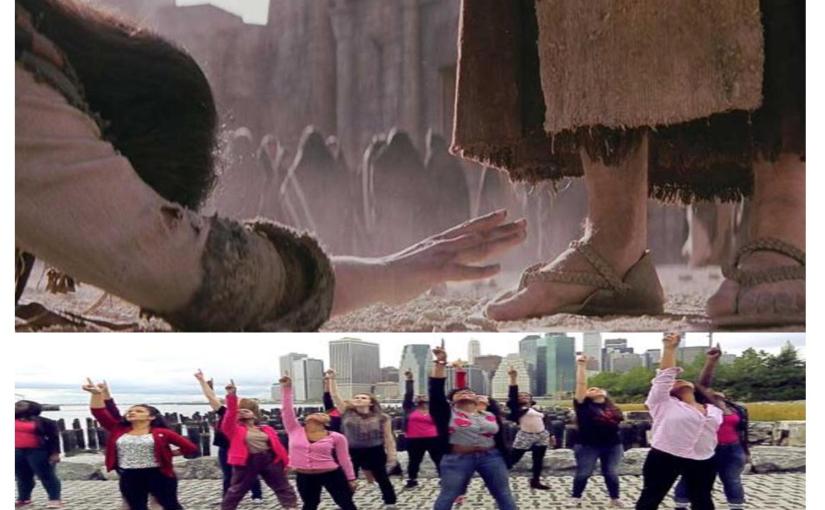 A while back the following email arrived in my inbox: It’s the same story all over the world — abusive, violent men are in charge of making the laws intended to protect women. When a 23-year-old student was brutally gang-raped on a bus in Delhi, citizen protests caught fire across the country and the world erupted in outrage. India commissioned an official review, but the government brazenly says it will ignore the review’s recommendation that politicians charged with rape or similar violence against women must step down. The 260 Indian politicians accused of such offences are fighting tooth and nail, and so far they are winning. Violent and abusive men often use their power to obstruct reforms that would protect women.

In India a woman is raped every 22 minutes – the most recent one being a horrendous gang rape of an elderly nun. In Pakistan girls lose their lives simply because of going to school. An Italian priest complained recently about the way women were dressing and “upsetting” men. Lest we think this is only happening “over there:” on average, every six days a woman in Canada is killed by her intimate partner, and not just aboriginal women. Killed.  Every year nearly half a million women 15 years and up report being sexually assaulted – in Canada. Is that why bastions of maleness everywhere still balk at the thought of a woman in power, a woman making decisions, a woman in the pulpit or behind the altar?

Sometimes I wish the Word of God would not unleash its power today. I’d like that Holy Word to be a precious relic of the past, beautiful words from an ancient time that fit comfortably into our feel-good church. I did not particularly want to write on this Gospel, lest I be accused of subjective interpretation according to “my agenda” (remember, a man of the cloth interprets “objectively”). But the woman in John 8 needs a voice today, a compelling collective voice.

I ask myself, is any interpretation arising from only one gender perspective not a flat and sinful denial of both the full equality and difference between male and female? So how can I not engage this Gospel which features a woman – I am a woman in a church where men do most of the interpreting, decision-making and preaching. How can I not engage this Gospel as a woman, given the continuing silencing of women’s voices and injustices women suffer around the globe? Indeed how can I not knowing full well how much of the ancient problem is far from ancient?

The irony about Scripture is that it is ever ancient ever new. The account in John’s Gospel of the woman caught in adultery is sadly relevant today. After all, “she” is caught – where is the man, and why was he not “caught?” Can you commit adultery alone? Who says it was adultery and not rape? What is the deal with men’s violence against women anyways? What is with scapegoating women for the sinful desires and acts of men? I have never heard a Catholic homily on this Gospel which dares to raise such questions, questions hidden in plain view in John’s Gospel narrative.

As tragic as the number of women being assaulted or abused in the world, is the hypocrisy of religious leaders, especially the ones who justify hypocrisy in the name of God’s Son, a man of peace and equality who befriended women, even entrusted to women the great news of His resurrection, sending them as apostles to tell the men – who, at first hearing and cowering in fear, did not believe them. The same hierarchy that brought shame upon the Vatican for recycling clergy child molesters, a scandal that continues to rock the church in many countries, assumed a moral high ground in disciplining and “correcting” the Leadership Conference of Women Religious, a group of women who have put their lives on the line by taking the social justice agenda of the Second Vatican Council to many of the poorest areas in the world where few dare to tread.

That same ecclesial hierarchy, the men “in power,” forecloses any honest exploration on the question of women’s ordination because “The mission of the woman in the church is to convince the male that power is not the most important in the church, not even sacramental power,” said Fr. Wojciech Giertych, Pope Benedict XVI’s personal theologian in an interview . “What is most important is the encounter with the living God through faith and charity. So women don’t need the priesthood,” he said. Apparently it’s a greater crime to discuss ordaining women than to sexually abuse a child and subsequently conceal the evidence. Never mind that every woman has the biological capacity to transform ordinary food and drink into another holy body and blood, a profoundly priestly and Eucharistic act in the name of the God of Life. And we wonder why Catholics are leaving the Church, especially women.

“What has not been assumed, has not been redeemed,” said Thomas Aquinas. Jesus’ external reality was male, but his internal reality strikes me as profoundly female, integrating fully within himself male and female. How can it be anything else? Isn’t that incarnation in its radiant and radical fullness? But as long as the external male resemblance trumps the internal female one, we are limping as a Church, complicit in discrediting the Incarnation itself.

Meanwhile this Jesus, the Word made flesh, keeps writing in the sand, saying nothing, until, “Let anyone among you who is without sin, be the first to throw a stone at her.” And once again Jesus bends down and writes on the ground. … They went away, one by one, beginning with the elders until Jesus was left alone with the woman standing before him. How long do we need to wait until our leaders, beginning with the elders, put down their accusing reports and ecclesial hammers, and look inside their own storehouse of sins and short-sightedness, whitewashed by claims of infallibility and “unbroken” tradition? Pope Francis has been re-opening windows in a few stuffy church parlors and a fresh spiritual breeze is indeed blowing. However, the women are still waiting on a liberating word, as painful questions keep stirring our hearts all over the globe.

One in three women on the planet will be silenced, raped or beaten in her lifetime, including figuratively in the name of religion. All over the world women still carry the burden of guilt for such crimes, placed there by men in secular and religious power. The woman in John’s Gospel stands for the one billion women silenced, violated and falsely accused still today. Jesus sets her free to become a symbol for women rising from the ashes of sin, their own and those inflicted upon them, and from the shackles of social and ecclesial constraints, placed there by men in power, scarring their very souls: “Go, and sin no more.”

The good news is that all over the world women are rising up, responding to a new chance to a new life given to them by men like Jesus who are honest enough to recognize their own complicity in women’s suffering. Rise up, until one billion women and men will be dancing their way into freedom – a revolution of the heart in the name of the One who made men and women equally in the divine image and likeness. “I am about to do a new thing,” says the prophet Isaiah, “now it springs forth, do you not perceive it?”

Good news: Catholic Bishops Conference in India is the first in the world to create and implement a Gender Policy in the Catholic Church. A certain irony in this: from the country most in the news about violence against women now emerges a most courageous new act from men in power. Click on the following links for more information:
CBCI Gender Policy
Bombay Archdiocese first to implement

Thank you for reading this reflection. For private comments, use the Contact Form below; for public comments use the space below “Leave a Reply.”