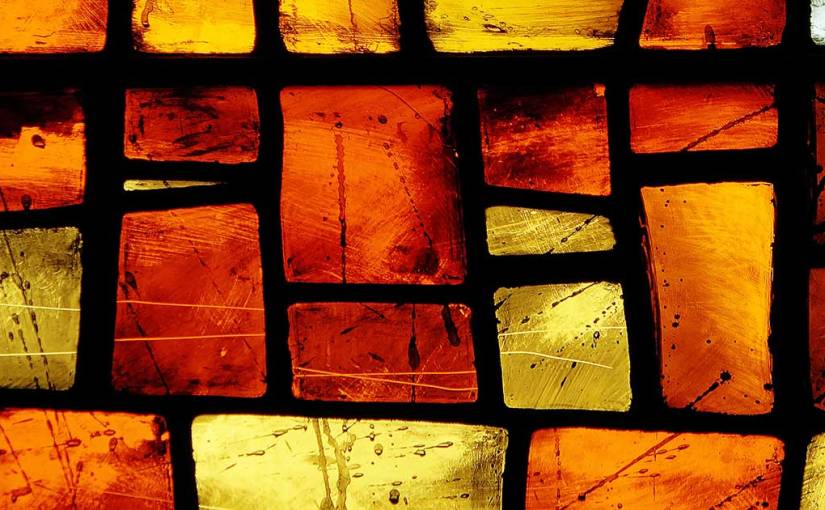 What are you telling me? Ecumenical dialogues have been taking place for 50+ years?! And have produced substantial officially recognized agreements?! I have heard these questions, with the exclamation marks, too many times from well-meaning and committed Anglicans, Roman Catholics and others. Yes, we have been in conversation with one another for a good half a century; yes, we have published official statements on several aspects of our faith in Christ Jesus. And yes, this growing ecclesial relationship is bearing profound positive fruit in both our churches. After frozen relations of several centuries, we are finally recognizing in one another the presence and witness of our risen Lord and Saviour Jesus Christ. We are also recognizing the serious need to walk together as an expression of faithfulness to our Lord’s dying wish that we all be one. It is only in Christian charity and unity that the Gospel can be credibly preached into a hurting world.

The above questions point to the ongoing challenge of Reception, i.e. the process by which official statements trickle down to the ordinary people in our pews to be embraced in their local context. This challenge was once again the subject of the most recent National Anglican-Roman Catholic Dialogue (ARC Canada) meeting in Ottawa.

But this time there was good news to share. For the past two years the ARC Canada group has been collecting stories of lived ecumenism on the ground between Anglicans and Roman Catholics.  New Stories to Tell was launched in conjunction with the 2019 Week of Prayer for Christian Unity. The collection is a rich tapestry of inspiring accounts in which individuals from both traditions rediscover our common heritage in Christ Jesus, thus contributing in no small measure to healing the wounds of our historic ecclesial divisions. Each story is followed by a brief theological reflection with references to one or more ARCIC documents, and by study/discussion questions.

The collection is dedicated to a renowned theology professor and ecumenist, Dr. Margaret O’Hara, who is considered a giant in her long-standing involvement in Anglican-Roman Catholic relations. Stories include experiences of interchurch families, bishops befriending each other and in some cases sharing living quarters (!), encounters at the TRC hearings, covenant agreements between dioceses, joint work with refugees, ecumenical retreats and parish missions, theological study groups etc.

Here is the opening story of this lovely new collection:

An Anglican priest shared the following experience: He had not come to this Truth and Reconciliation hearing with anger, and he had not come with blame. But he said that he wanted me, a Catholic priest, to know that he was not afraid anymore, nor ashamed of who he was. He was confident and secure and even proud of his identity as an Indigenous person, and he wanted me, wearing my clerical collar, to sit with him and hear that from him, because he had never been able to say that to any priest before.

It became clear that there was a misunderstanding. He had attended a school operated by the Roman Catholic Church in Canada, not the Anglican Church of Canada. I was an Anglican priest. So what were we to do? Should I offer a word of apology anyway? Or should we find a Catholic priest and start the process over again? Before I could decide, the man uttered: “Catholic… Anglican… It’s all the same. It was Christians who ran these schools and who did these things to my people. You are all responsible together. You all need our forgiveness. Maybe you should get your own stories straight before you talk to us.”

This encounter speaks clearly about our shared identity as Christians in the present, and about our dividedness in the past. It speaks clearly about our need for right relationship with Indigenous neighbours, as well as with one another, and about the way one relationship affects another. It points to the work of reconciliation as the way forward for healing. The Indigenous man in the above account speaks prophetically when he challenges us to “get our own stories straight” as churches. But already back in 1848, our divided heritage discredited us as messengers of the Gospel:

“Mr. Rundell (Rundle) [Wesleyan Methodist] told him that what he preached was the only true road to heaven, and Mr. Hunter [Anglican] told him the same thing, and so did Mr. Thebo (Fr. Thibault, Roman Catholic), and as they all three said that the other two were wrong, and as he did not know which was right, he thought they ought to call a council among themselves, and then he would go with all three; but that until they agreed he would wait.” [Great Plains Cree chief, Maskepatoon, in conversation with Paul Kane in 1848; James G. MacGregor. Father Lacombe. Edmonton: Hurtig Publishers, 1975]

We arrived in Canada as divided churches. Our separation was transmitted to Indigenous people during the earliest missions in New France and British North America. It was a stark reality in colonial life, as a Catholic majority came under the rule of an Empire whose established religion was Anglican. It continued to resonate in the ways the Protestant population expressed prejudice towards Catholics (who gladly returned the favour) and in the separateness of our educational, language, and legal identities.

That separateness is a reality which looms large in our present-day experiences as Christians together, and which affects the perceptions our society has of us, the stereotypes we have of one another, and the ministry we can offer. The work of ARC Canada, the Anglican-Roman Catholic dialogue, and the stories of people and communities encountering one another in new ways, present a way forward. The path involves facing and reconciling memories, and making new history together.

The language of reconciliation and of right relationship is a gift we are learning, ever more deeply, from people like the Residential School survivor who challenges us to “get our stories straight.” The broken relationships which we Christians brought with us continue to affect the way we relate to the land, to its First Peoples, and to one another. Yearning for and coming back into right relationship involves all these aspects.

Ironically, in many other ways the world sees us as one even before we see our own unity. When it comes to negative press about one of our churches, we are all perceived in the same light. When it comes to martyrdom, we are not asked first whether we are Anglican, Lutheran, Catholic or Orthodox.  As Pope Francis stated a few years ago, to those who persecute and kill we are simply Christians.

Would that the world could see positive signs of our unity! For the sake of right relation and the integrity of Christ’s message of salvation and reconciliation, let’s get our stories straight.

New Stories to Tell, published by ARC Canada, can be accessed at www.churchesindialogue.ca